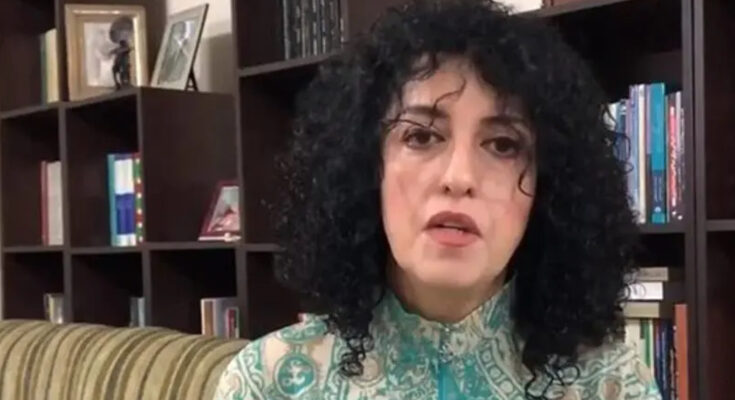 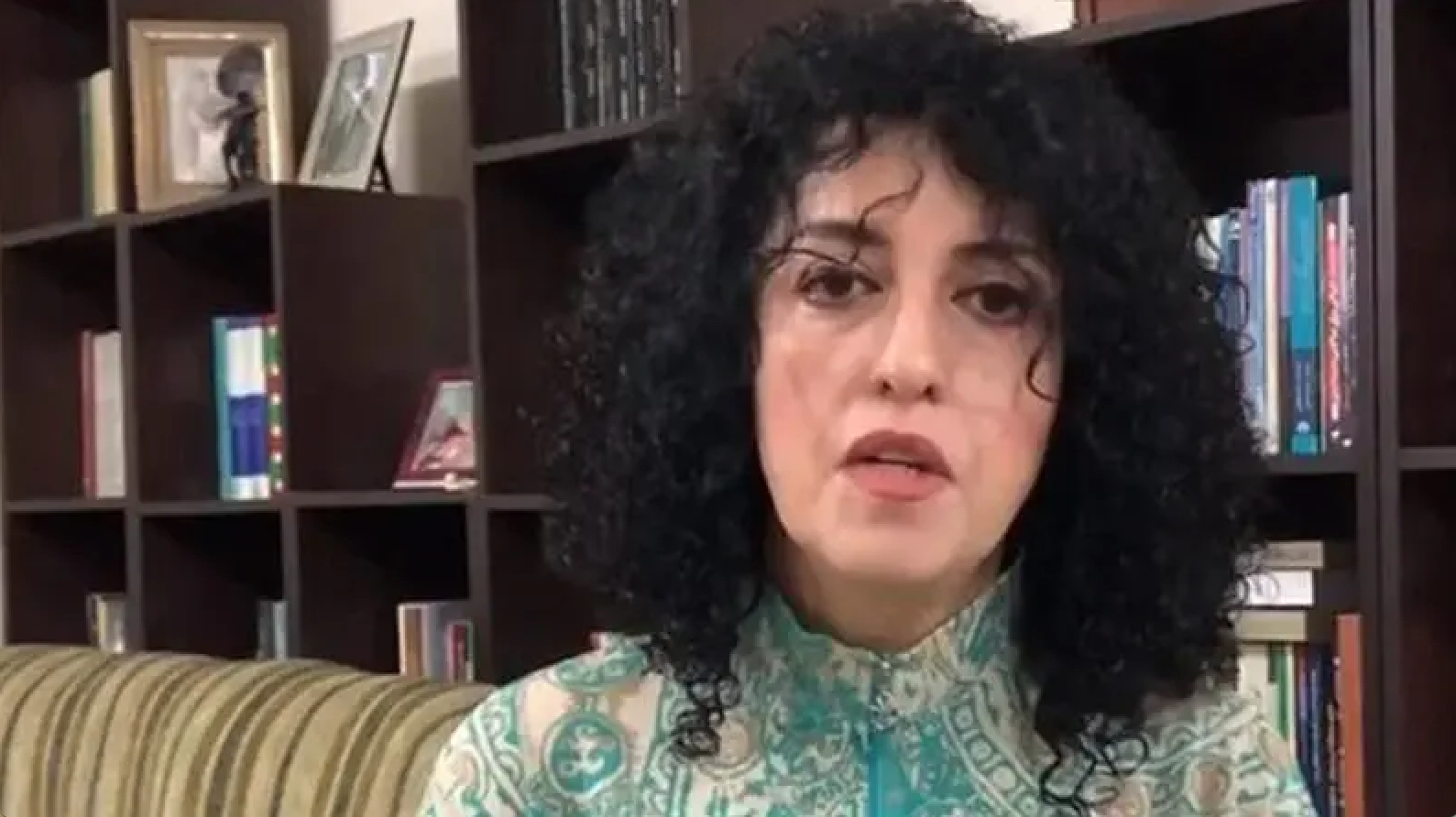 Nargess Mohammadi: After the November 2010 massacre (of protesters), I was in Evin Prison at the time, and along with four other detainees, we decided to protest the massacre and the government’s violence against protesters in the streets. Our protest was in the form of a sit-in, In the office of the warden of the female ward of Evin Prison, where we faced threats from the security forces of the prison director and his deputies from the first day.

One day, security forces from the IRGC and ward 209 of the prison, came to the women’s ward; we even thought that they would attack us in our detention center and in solitary confinement. Then the head of the prison came in and threatened us, saying that if we did not stop our protest and leave, he would actually ban us from getting fresh air and our walks outside.

Then, our (ward’s) phone was disconnected, following which, the disciplinary committee ordered our visitors to be limited, but we did not give up on protesting against the violence that the Islamic regime committed in the streets. We explained that our protests were completely legal, and we will not give up.

On January 23rd however, they deceived me.

They showed me a letter claiming that my lawyer had come to see me. As I was being taken away, I was insulted, physically assaulted by the head of the prison, and the intelligence agents who were there. At 6 o’clock, when I was forcibly put in a van and taken out of Evin prison, I was brutally attacked by the security and judicial men. I was seriously mistreated in a way which I even thought was more than any usual type of beating.

I explained this in full in a clip I put out. My body was full of bruises from the beatings. After I was transferred from there, I filed a complaint and asked the medical examiner to submit a report which cited more than 23, 24 cases of bruising on my body. This was not only a written report, but visual aids were also included but my complaint ignored. The complaint filed by the Ministry of Intelligence and Mr. Ziaei (the leading abusers) however, was in fact looked into and that that is how I was sentenced to 80 lashes, 30 months in prison, and two monetary fines.

Interviewer: Currently, with this new sentence, they stated that you were propagandizing against the regime, you carried out a sit-in in the prison office, you fiercely defied the head of the prison and the authorities. These aside … but at the same time, they’ve accused you of smashing the windows and defamed the authorities with charges of torture and assault, and for that reason you were found guilty. How do you respond?

Nargess Mohammadi: When I was released from prison, I announced that because the case was communicated to me in the Zanjan prison. Also, while being detained in Zanjan, I also announced, and am announcing now: what happened to me on January 23rd was a brutal attack by government officials against me. The head of the prison insulted me so many times in the presence of the security forces and the head of the women’s ward, that I could not answer them anymore, so I had to leave the place. I was taken to see a lawyer and since I was taken there illegally, I left the office of the head of the prison. So, when I wanted to leave, they physically assaulted me and threw me into a corner, and I got so angry that I shouted at them that you have no right to beat me or touch me. I told them that they can institute any punishment for the sit-in, from solitary confinement to intimidation, but it must be legally communicated to me. But to raise your hand against me … I will not allow you…

I was brutally dragged up the stairs. I had lost my scarf and I had lost my coat. I was only wearing a shirt and pants; and they could not care less in that I was in this awful position, stuck among a bunch of men. I was thrown, pulled, beaten. I went to the door twice, three times to open it, but they would not let me out. On one side stood the security men who held the door from their side, and on the other side, the men who held it from the inside, while they were viciously pulling at me. When I could not grab the door handle, I raise my hand and struck the door, the glass shattered and landed all over the floor. I resisted and shouted not to touch me, not to throw me, not to drag me up the stairs and not to insult me. You see, these were not ordinary attacks; they were attacks by a man against a woman. That is, it goes beyond beatings.

Interviewer:  My next question is about what you said about the fact that you will certainly defy this verdict and you will not participate in any of the phases of the case.

Nargess Mohammadi: Yes, you see, in fact, what happened in this case has clearly changed the place of the plaintiff and the accused. The person who complained was me on the first day and my claim was never heard. In addition, I have documents, including the medical examiner’s, prepared by the Islamic regime’s own agents in Zanjan Prison. Anyhow, it was a few days after my beating that I penned my complaint; it was reviewed by the Zanjan prosecutor and sent to the prosecutor in Tehran, but the case was ignored. However, the complaint of the Ministry of Intelligence’s security forces and the head of the prison all of whom complained against me, has in fact been investigated!

I therefore, first object to the discrimination and the willful overlooking of my complaint, and second, to the unfair verdict that was given to me, and the most important issue is that the plaintiff and the defendant’s places were swapped…hence, as I said from the get go, I do not recognize the legitimacy of this case.

I do not recognize the law of the Islamic regime regarding the handling of this case. Whatever sentence they apply to me, I will rebel and disobey. They announced that they had issued this verdict in accordance with Articles 607, 609, 618 and 677 of the Islamic Penal Code. I object to this, and I will not allow them to give me 80 lashes and I will not allow them to impose 30 months of imprisonment on me. Therefore, if I am instructed by the summons on prison sentences to appear at the prison, I will never do so, and I will never endure 80 lashes, I will resist as much as I can.

I am sure that none of the men of this (hardline) religious system of patriarch of the Islamic Republic would dare to take a whip in his hand in order thrash my body. I declare this with determination, and I will resist it.