On Wednesday, November 26, a 39-year-old woman, Fatemeh Haqiqat-Pajouh, was hanged, together with nine male prisoners, in Tehran’s infamous Evin prison. In 2001, Fatemeh had killed her husband while he was attempting to rape Fatemeh’s then-14-year-old daughter, Zahra, born from a previous marriage. She was given a stay of execution twice in the past by Mahmoud Hashemi Shahroudi, the head of the Islamic judicial authority of Iran. Twice she was returned to her cell from the gallows in light of public and international protest.

Mr. Khorram-Shahi, a human rights lawyer who represented Fatemeh and her family, stated in an exclusive phone interview that though Shahroudi’s office is to notify prisoners’ lawyers 48 hours prior to execution, in this case it did not do so. The night before the execution, Fatemeh’s cellmate, Akhtar Mohammadi, contacted Mr. Khorram-Shahi to ask whether Fatemeh had a court date the following day as she had been taken from her cell at Rejaii-Shahr prison and transferred to Evin.

Khorram-Shahi then contacted the head of the Bureau of the Enforcement of Sentences, who was unyielding and vehement about carrying out the sentence. That Wednesday her body was given to the family for burial.

According to Amnesty International, Iran, with 317 recorded executions, was second only to China in the number of executions carried out in 2007; it is important to note that many executions go unrecorded in remote, rural towns across the country, without any involvement from the human rights organizations which rely on locals to report on imprisonments and death sentences. China, whose population is 18 times greater than Iran, executed 470 individuals last year. On a per capita basis, then, Iran is by far the number one country in the world to administer death sentences to its citizens.

A few days before Fatemeh’s execution, Medea Benjamin and Jodie Evans, two wealthy American women and co-founders of Code Pink, arrived in Tehran on a “citizen diplomacy” trip. Well known for their radical stances and for their continued disruption of political events like the Hillary Clinton event where they protested by exposing their nude upper torso — or as they call it, “breasts for bombs” — until escorted to the exit by security, and the Republican Convention, where they were able to sneak inside the Xcel Energy Center in Saint Paul using stolen credentials to disrupt Palin and McCain’s acceptance speeches, Benjamin and Evans took their narcissistic roadshow to Iran.

Citizen diplomacy is an extension of the concept of “citizen arrest,” and it was the intention of the two radical, rich women to attempt to take American foreign policy into their own hands and to force the Obama administration to solve the standoff between the U.S. and Iran through dialogue and comprehension, without any precondition or any pretense of understanding.

Benjamin and Evans wrote daily accounts of their trip to Tehran on their blog — and wasted not a word on poor Fatemeh or on the tragedy of women’s rights in Iran under the mullahs and their Sharia laws. Benjamin and Evans portray a rosy and unrealistic situation, where Iranians of all social classes and political persuasions welcome them enthusiastically, share their anti-war sentiments, and desire for peaceful and loving relations with the U.S. and all nations. Medea Benjamin, who lived for seven years in Cuba calling the Castro dictatorship “a paradise on earth,” notices that in Tehran “public transportation is priced right — 20 cents for the subway and 2 cents for the bus.” She fails to mention that the Iranian currency sustained 700 percent devaluation since the Islamic Revolution of 1979 and that inflation is at 23% according to governmental statistics and significantly higher than that according to World Bank estimates. Income per capita in Iran is $300 per year, a pittance when compared to other oil-rich nations in the Persian Gulf, like Kuwait ($26,000), United Arab Emirates ($25,000), or Saudi Arabia ($12,400).

Recently, an Iranian parliamentarian blurted out that almost 50% of Iran, the fourth most oil-rich country in the world, is living on or under $1 a day. This means there are some who are not able to satisfy their basic needs for food, clothing, and housing, let alone transportation, even if the public transportation ticket does “only” cost 20 cents of a toman, the Iranian currency.

Benjamin and Evans, Code Pink women, have donated hundreds of thousands of dollars to political campaigns, including to those of Democrats Obama, John Edwards, Dennis Kucinich, and Republican-cum-truther Ron Paul. They can afford to travel to Tehran, stay in one of the best hotels, and cozy up to the same regime that put Fatemeh and so many other women and children to death. Jodie Evans candidly admits on her daily blog report that she and Benjamin had introductions to people they cannot meet because it would upset the government, the same government which gave the consent to visit Iran. She is so eager to please her hosts that she thinks she will be able to keep her scarf on much more than the last trip, as, she admits, “we are all on our best behavior.”

It is revolting to even consider the self-aggrandizement of these women in contrast to the self-stifling required of Iranian women today. Benjamin and Evans should have stayed in Iran, where they might learn something about freedom.

Obama’s position is not an enviable one when it comes to having to deal with the Code Pink pest; in accepting these frivolous women’s bundles of campaign contributions and by offering to hold direct and unconditional dialogue with the mullahs, he has put himself in the position of having to deliver. If he goes along with Code Pink’s demand he stands the chance of alienating Europeans who have finally begun to see the mullahs for who they really are and, at least verbally, are taking them to task as well as resisting the call for dialogue without precondition. On the other hand, if he does not dance to the tune played by these women at best he will have to face their never-ending rounds of embarrassing public rampages that have become a Code Pink signature, and at worst come to terms with the fact that they will most likely sabotage any fundraising efforts Mr. Obama would make in the foreseeable future. 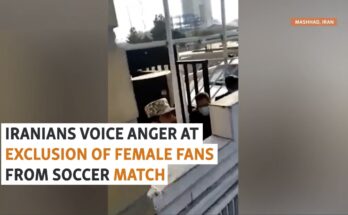