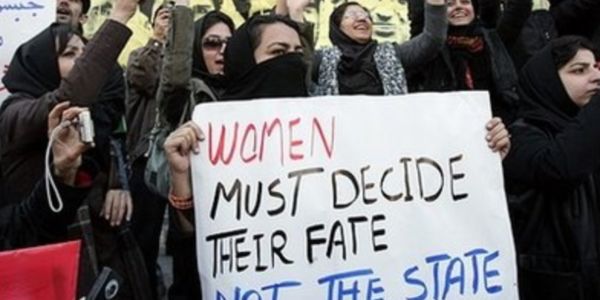 Under the direct declaration of Khomeini, the age of marriage for girls was reduced from eighteen to thirteen, with the fathers’ right to reduce it further to nine.

The Assembly of Islamic Experts drafted the new constitution for the Islamic Republic, against women.

In the new constitution, the women of Iran became the slaves of men. The constitution included a number of disturbing provisions:

Ayatollah Khomeini also required that child brides live at the home of their husbands before they reach puberty.

To justify its gross violations of women’s human rights, the regime used women as a political tool, establishing an “women hijab police” to carry out its new regime of gender apartheid.