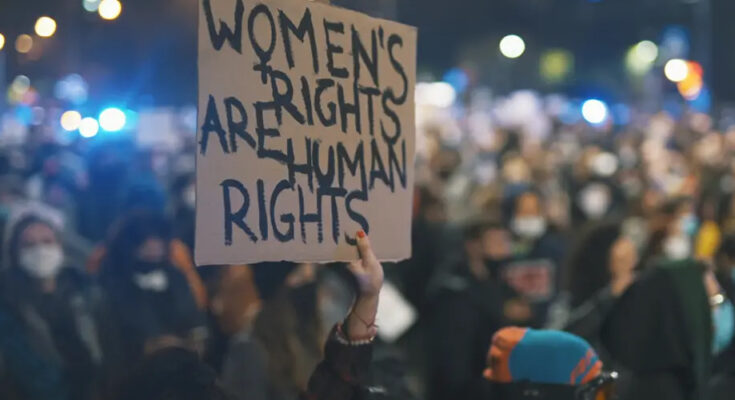 On April 20, 2021 the United Nations voted to appoint the Islamic regime in Iran which openly flaunts gender apartheid, to the Commission on the Status of Women via “secret ballots”. Forty three out of 53 countries including many of Western democracies, basically voted to approve discrimination against Iranian women and children.

I know some of you don’t believe me that the U.N. actually elected the Islamic Republic of Iran yesterday to its top women’s rights body, so here’s the video: https://t.co/43ckGoMrcR pic.twitter.com/zkuzME9R6N

The Swiss based organization, UN Watch called on the lawmakers from 15 EU, U.S. and others to demand that their governments reveal how they voted. The countries that may have voted yes, include Australia, Austria, Canada, Finland, France, Latvia, Germany, Luxembourg, the Netherlands, Norway, Switzerland, the United Kingdom and the United States.

The culprits are not countries like Saudi Arabia, Pakistan or China; they were the Western Democracies whose votes contradict what they preach. The best example is my own adopted country, the U.S., where I took refuge in 1979, after being forced to flee the gender apartheid regime, facilitated by then president, Jimmy Carter. I took refuge in the land where women are not only powerful enough to be in congress, but to order their male colleagues on the floor to “shut your mouth”. Yet those very women ignore their sisters in Iran by voting for gender apartheid, child abuse and poverty on the floor of the United Nation.

Why would the world of 21st century progressive humanity vote for the well-documented appalling record on women and children’s rights, by the ruling clerics in Iran?  The narrative being pushed by Western Democracies, in order to convince their voters is: “This is their culture”.  However, it is a well-known fact that the Iranian culture is historically matriarchal.

The people of Iran have fought Islamic rule from its very inception,  refusing to give up the Persian language (the Sanskrit mother of Western languages) in order to capitulate to Arabic. Iranians are proud of their progressive culture that has been based on respect for humanity, equality and freedom of worship stated in the proclamation of the human rights of our king Cyrus the Great, in the year of 539 BCE- adopted by Thomas Jefferson.

Declassified CIA records at Library of Congress shows clearly, that the existing regime was hoisted on Iranians in 1979 by the same Western Democracies. In 2019, the office of the UN Human Rights Commissioner itself, criticized the Islamic regime, for its poor record on women’s rights. That, and the four plus decades of Tehran’s visible practice of gender apartheid against women and children, should not have been overlooked, granting them the right to membership and representation of the commission.

Why are the votes done in secret?

This will be the question that Eleanore Roosevelt would have been asking right about now.  The United Nations should be neutral and free, in order for the citizens of member nations to be aware of their government actions.

In 2019 the State Department released a report calling Iran an “authoritarian theocratic republic” which is responsible for significant human rights abuses, including a lack of accountability for violence against women. However, the Biden administration which boasts the first female Vice President has yet to follow up and take any action in that regard.

The UN Watch is calling on U.S. Ambassador Linda Thomas-Greenfield and female representatives of EU nations to condemn the UN’s election of Iran to a 4-year term on its Commission on the Status of women. One would hope an American woman of color would not accept gender apartheid against her Iranian sisters.

In 1969, Professor Mehrangiz Manouchehrian, an Iranian female senator criticized the UN in a speech at the American Women Lawyers conference in Virginia, saying: “The UN Declaration of Human Rights is not without discrimination against women, because in the very first article it states, All human beings are born free and equal in dignity and rights. They are endowed with reason and conscience and should act towards one another in a spirit of ‘brotherhood’. I am proposing to the United Nations to add the word ‘sisterhood’ to that sentence also.”

The power grabbing of the Islamic regime in Iran will be for a four-year term on the Commission of the Status of Women, beginning next year. Let us hope that if Ambassador Thomas-Greenfield has in fact voted in favor of the Khomeinist regime, she did so with the intention of keeping a vigilant eye on the human rights of her Iranian sisters.  Progress only comes about when the peaceful and progressive people of a country are empowered, not the dictators who incessantly encroach on their human and civil rights.