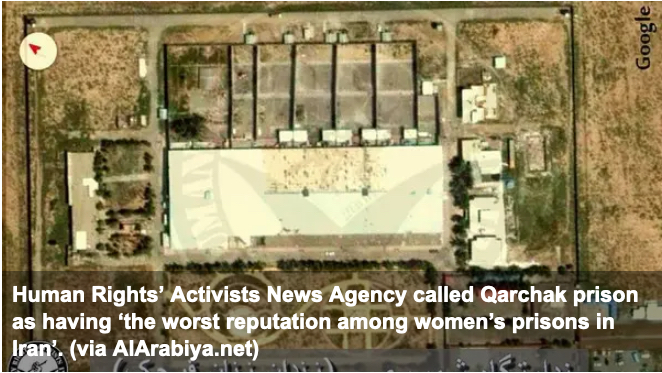 The Qarchak women’s prison located in a desert, east of Tehran, is known as the most dangerous and worst prison in Iran due to its inhumane medical and psychological conditions.

The Human Rights’ Activists News Agency (HRANA) published a detailed report about the prison saying it held the worst reputation among women’s prisons in Iran.

The prison is located in a barren desert and hosts a big number of inmates despite its small size. The prison does not divide inmates according to the crimes committed and this leads to violence thus, worsening the situation as they lack medical services and are subjected to torture.

Number of prisoners and prison’s area

According to the report, the prison’s seven sections include more than 2,000 prisoners where 200-300 prisoners are held in each section. Some of these prisoners have children with them while the number of prisoners increases every year.

There are no rooms in the prison but there is one hall that has 600 beds. The other prisoners, who number around 1,400 and some children have to sleep on the floor.

According to the report, inmates are subjected to all forms of torture which also include rape. The prison’s management insults and beats up prisoners thus causing and worsening psychological problems.

The prison’s management punishes inmates who protest the prison’s conditions, such as the bad quality of food or lack of medical services, by sending them to solitary confinement with another psychologically disturbed prisoner in order to torture them.

Food is one of the prison’s major problems as the food is not enough for everyone. Prisoners are usually served spaghetti, boiled potatoes and bread. As a result, many prisoners suffer from severe vitamins’ deficiency.

A source close to one of the prisoners said the prison’s management threatens prisoners of holding them in solitary confinement if they object to the lack of food or to the prison’s bad conditions.

He added that if a fight happens between the inmates, the guards do not interfere, and the fight thus escalates resulting in someone’s death sometimes. 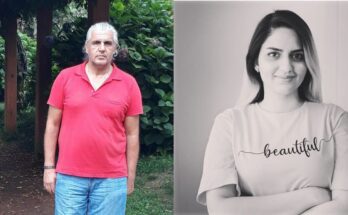 Iranian journalist and activist’s father being harassed and pressured