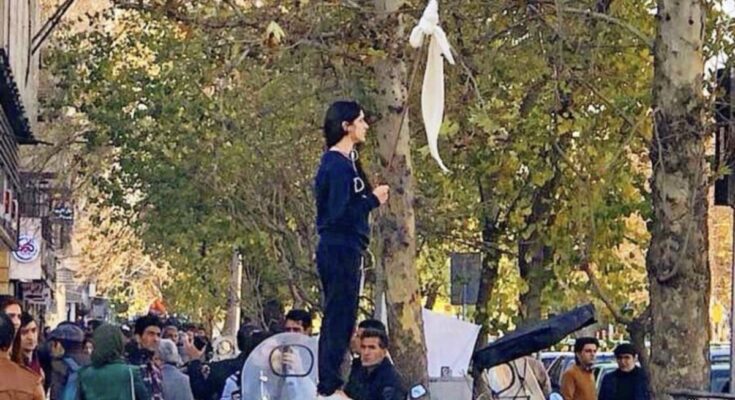 No one knows her name, but a young Iranian woman waving a white scarf has become a symbol of almost forty years of struggle by Iranian women, protesting the gender apartheid that clerics brought to our country, overnight, in the winter of 1979.  She waved a white scarf in the air as a symbol of peaceful defiance and a campaign, #MyStealthyFreedom, of women fighting for their right to feel the wind in their hair in Iran, the country of my birth.

The reaction of the paramilitary forces of the regime has not been so peaceful, with this young woman allegedly detained and other protesters killed by the dictatorial theocracy of Iran, which demands that women cover their hair.

The young woman’s struggle is part of a longer battle that Iranian women and men have fought against the Shia clergy’s thirst for power and wealth since the 1840s, when a band of organizations, the Ladies’ Secret Society, emerged to take Iran back from occupying clergy.  They prevailed with the 1906 Constitutional Revolution that established a secular system of governance and separation of religion and state.  They hearkened back to a secular philosophy that has defined the Persian Empire since the year 539 B.C., when the emperor of Persia, Cyrus the Great, wrote the first proclamation of human rights and separation of religion from the state.

However, a few clerics, like the ayatollah Khomeini, would not give up.  He knew that the Iranian people did not want clerical rule and that he would never be able to take over Iran through a democratic process.  Khomeini needed America’s power and shopped for the support of U.S. presidents, beginning by writing to John F. Kennedy but succeeding only in fooling former president Jimmy Carter’s administration, which took the bait and helped Khomeini take Iran in 1979.

Today, the people of Iran call the ideology that controls every aspect of their lives “political Islam.”  You cannot convince a single Iranian that his dictatorial rulers care about Iran and Iranians.  Khomeini told us, “Iran is only a base and financial source for us to establish the rule of Islam throughout the world.”

The uprisings of the people of Iran, trending now with the hashtag #IranProtests, are nothing new.  The women of Iran have been fighting since the day Khomeini announced the imposition of his regressive sharia law on the people, making the free and equal women of Iran and their children property of men, perhaps better defined as “slaves.”  We marched day after day, in the rain and snow, with little support from the West.  I lost friends to prison, assassination, and exile.  My father begged me to go into exile, and I did, fleeing with my young daughter, tears in our eyes.

Iranians endured eight years of a bloody and inhumane war between Khomeini and Iraqi dictator Saddam Hussein, with an estimated one million young boys and men of Iran dying.

The women of Iran have constantly protested in defiance of sharia laws, to be arrested, tortured, and abused in prisons.

In 1998, Tehran University students rose up in protest, in support of a professor who was fired and replaced by an illiterate, elderly cleric.  The protests lasted for weeks and ended with over 8,000 dead young students of Iran, with unknown numbers in prisons.

During the decades of 1990s and the 2000s, as the West entertained handpicked presidents of Iran, the women of Iran continuously demonstrated for their human rights and were beaten, arrested, and imprisoned.

On Sept. 18, 2001, defying the regime’s warnings and pressure, brave Iranians were the only people in the Middle East to hold a candlelight vigil in solidarity with America.  The thousands who marched peacefully down one of the main boulevards of Tehran were brutally attacked by Revolutionary Guards and paramilitary forces.  Many paid a high price for their bravery.  They were arrested and hauled off to prison.

In 2006, women organized a march and handed out 5,000 brochures that explained that sharia laws imprison the people.  They were attacked and arrested.

In 2007 and 2008, women began the One Million Signature Movement, a petition against sharia laws.  In one week, more men and women volunteered to collect signatures in every city of Iran.  The One Million Signature Movement brought to life the brave women of Iran, who quickly established organizations and websites.  But the inevitable happened.  In the early morning, paramilitary forces kicked in the doors to the women’s homes and beat them up in front of their husbands and children before taking them away to prison with their collected signatures.

In 2008, many Iranians, backed by world human rights organizations, proposed that the Nobel Peace Prize be given to the women of Iran for the One Million Signature Movement for courageous acts of defending human rights.  The academy gave it, instead, to the new president of the United States.

The next year, fearless women led the Green Movement of the people of Iran.  All they wanted was for Western democracies to stop empowering the dictatorial regime.  For days, they chanted, “Obama!  Obama!  Are you with them or with us?”  The world watched, mostly in silence, as they were killed.  I gasped in horror as I watched a young woman activist, Neda Agha-Soltan, take her last breaths after being shot by a sniper in a video captured by her friends.  Obama decided to stay aligned with the gender apartheid tyrants of Iran.

The theocratic tyranny in Iran is, by all definitions, international laws and United Nations resolutions, a gender apartheid regime, vehemently and actively opposed by the people of Iran.  Isn’t it past time for Western democracies and women to cease support for Tehran?  Instead, shouldn’t support go to the legacy of the Ladies’ Secret Societies and the brave women who are its descendants? 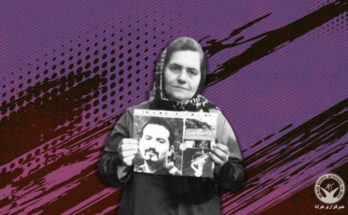