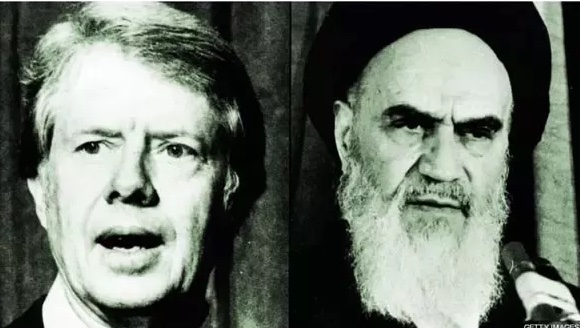 The reporters of the BBC Persian language have been exposing the history of a conspiracy between Ayatollah Khomeini, the founder of the Islamic tyranny in Iran, and President Jimmy Carter, during the 1978-1979 so-called “revolution”. The CIA documents show how the two men negotiated on terms of agreements for replacing the progressive, secular Shah with the fanatic Islamist Khomeini.

We now know that Khomeini had written a letter to President John F. Kennedy on November 6th of 1963, asking to be considered for establishing an Islamic rule in Iran. According to the documents; Khomeini had promised that he will not oppose American interests in Iran. President Kennedy was assassinated two weeks later and Khomeini was left without response from America.

Khomeini continued his ever louder opposition to the Shah on every progressive action that he took. The documents in the Carter library report that Khomeini was not one of the important members of opposition, though he was the loudest.

Surprisingly, President Carter chose the loudest Islamist, not one of the important secular persons who would have continued the economic progress and modernization taking root in Iran.

The big misrepresentation of American policy has been that U.S. supported the Shah. However, the facts of history prove that U.S. had always supported and helped Iran to become a sovereign nation after over 100 years of Turkish rulers and Shia clerics, maintained by British and Russian colonialist domination; that kept Iranians poor and illiterate.

Despite the fact that former President Carter and his advisors have always denied his betrayal of a strategically important friend, CIA records of the meetings, the policy memos, and the diplomatic messages between the White House and Khomeini’s representatives, in a French coffee shop, prove otherwise.

According to these records; Khomeini’s attitude has been collaborative. In his secret message of Jan 27th of 1979 he proposed this deal to President Carter: “Iranian military leaders will listen to you, he said, but the Iranian people follow my orders.” You prevent the military from any coup against my takeover and I will restore stability back to the country, ending the unrest.” Khomeini also promised that: “America’s interests and citizens in Iran would be protected.”

According to the BBC reports of the CIA documents, in a personal message to the American president, Ayatollah Khomeini says: “You will see we are not in any particular animosity with the Americans.” Pledging his Islamic Republic will be; “a humanitarian one, which will benefit the cause of peace and tranquility for all mankind”.

The men involved in the establishment of Islamic regime in Iran were: William Sullivan, the U.S. ambassador to Iran, Cyrus Vance, U.S. Secretary of State, Warren Zimmermann, a political counsellor with the U.S. embassy in France, used as a messenger for the U.S. to Khomeini, and Robert E Huyser,  a U.S. Air Force general sent by President Carter on a secretive mission to Tehran in January 1979 to carry out Khomeini’s demand of neutralizing the Iranian military opposition, preventing any coup against Khomeini’s Islamic regime.

Meanwhile in Tehran, the U.S. ambassador, William Sullivan met with a secret Islamic Revolutionary Council on January 24th. Among them was Ayatollah Mousavi Ardebili — the future Chief Justice of Khomeini’s Islamic Republic, who became the executioner of tens of thousands of political opponents.  However, Mr. Sullivan’s favorable report on him was: “the cleric seemed “reasonable”. He was a more forceful type, but “no fanatic”.

According to the reports, President Carter agreed not only remove the leadership, even change the constitution of Iran. It is astonishing that a president of the United States who should believe in separation of religion and state, would install a fanatic religious cleric with a history of opposition to women’s equal rights and social and economic freedoms, to take over a secular country that was in process of becoming a progressive democracy.

This unforgivable mistake in foreign policy by an American president is when he follows an ideological view, by ignoring the big picture. The noisy .08% of the population who were paid $15 a person by the Mosque to march, should not be called popular revolution. The 34 million silent majority who were pro their 1906 Constitutional Revolution’s goal for Modernity and sovereignty in their homeland should have been respected.

According to the polls, President Carter was opposed by over 50% of Americans at that time. Yet he found the .08% marching opposition in Iran supportable?!

Thirty years later, president Obama embarked on another deal with the same deceitful Islamic tyrants to continue their international terrorism and promotion of their political Islamic ideology. This time negotiations were facilitated by Sultan Qaboos bin Said of Oman, who had a friendly relationship with Khamenei. Beginning in 2009, before the uprising of the Iranian people against the regime, until 2011- 2013, the negotiations continued and the “election” of Hasan Rohani was planned.

The meetings between the representatives of the U.S. Department of State and Khamenei’s representatives were held in the city of Masqat, where President Obama guaranteed that there will be no “regime change” policy on Iran. Furthermore they agreed to remove the sanctions and pay Khamenei the frozen assets of over $100 billion in exchange for Khamenei to reducing their yellow cake production of nuclear bomb, without any signature or guarantee.

President Jimmy Carter handed Iran over to a 7th-century tyrant without researching his background, and learned a lesson that any Iranian would have told them, had they asked.  “Do not trust any Islamic cleric.”

Thirty years later, President Obama empowers them, aware of their established deception, paying them Billions of dollars by staging an elaborate scheme, to fool America.

Who will be responsible when IRGC tests their first nuclear bomb? 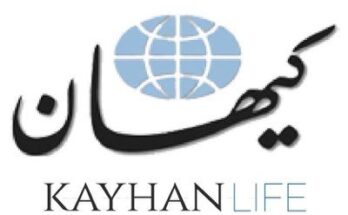