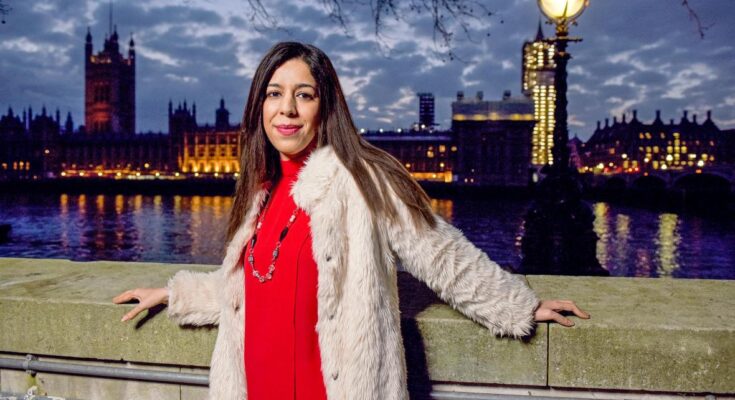 After a photo of her without a headscarf went viral, a female chess champion took refuge in Britain

When she was nine years old, Shohreh Bayat’s father took out a chess set and taught her how to play. He picked it because it was one of the few sports where he could watch his daughter compete: swimming, even football, would have been out of the question under the laws of the Islamic Republic.

She excelled. Within a few years Bayat was ranked No 1 in Iran for her age. Soon afterwards she joined the national team — representing her country across the world. She loved the mental gymnastics of chess, the depth, the endless combinations of moves.

Today, at 32, she is the highest-ranked female chess arbiter (referee) in Asia. With her well-cut suits, loosely slung headscarf and red lipstick, she seemed the ideal of the modern Iranian woman. But two weeks ago her life collapsed when a photographer at the women’s world chess championships in Shanghai published a picture that appeared to show Bayat without her headscarf.

To her horror, the photo went viral: shared thousands of times by vitriolic hardliners who insulted and berated her in online comments. Violent threats flooded her social media. As she sat weeping in her Shanghai hotel room, she knew her life was in danger and she could not return home.

Neither, she decided, would she be cowed by the threats. The next day, Bayat took off her hijab and went back to work, her long brown hair hanging loose. When the tournament finished in Vladivostok, on Russia’s southeastern tip, she flew to Britain. Her husband and family, however, were still in Iran — and she remains terrified that they will be targeted.

“I don’t think I’ll be able to return to Iran,” she said, in her first interview since reaching London, where she is now in hiding. “If I do, I might face invalidation of my passport and arrest and being imprisoned. And maybe even more. I am very worried about my family.”

Bayat is one of several high-profile Iranian sports players who have fled to Europe after being hounded by the authorities at home. Last month Kimia Alizadeh, a taekwondo champion and Iran’s only female Olympic medallist, announced her defection in an Instagram post in which she criticised Iran for suppressing women. She is now in Europe.

“We came to tournaments with the intention to return to our country. But things happened and we couldn’t. It’s just too much,” said Bayat in perfect English that she has learnt working in the international world of chess. “One simple thing can change your life for ever.”

As a child in the northern city of Rasht, it was still illegal for men and women to play chess together. Although rules have relaxed somewhat, most tournaments are still segregated by gender. Even as a chess champion with a master’s degree in natural resources engineering, she constantly had to struggle against a society where many believe that women have no place in the public sphere.

“The opportunities are not the same for men and women. Even with working as an arbiter, mostly men want to take the high positions for themselves. It was difficult for me. I still reached many top positions in Iran but that’s because I was better than so many men,” she laughed.

The rules of the Islamic Republic dominated her life even when she competed abroad. Under Iranian law, women must wear a headscarf in public. But while some might take it off when they visit other countries, Iranian athletes and other competitors are, Bayat said, held to completely different standards.

“If I travel with my family no one takes my photo and looks at these things. But when I go to tournaments and not wear it, it’s a criminal act. They look on me as a representative of my country,” she said.

In Shanghai, knowing what was at stake, she made sure she wore her headscarf at all times. Like many liberal Iranian women, she let it slide to the back of her head. Photos taken that day show her wearing the headscarf. But in one, framed from the front, it is obscured by her hair. That was enough. As the picture went viral, the threats started pouring in.

“I went to the hotel and turned on my mobile,” she said. “When I realised what was happening I was totally shocked, just crying. I didn’t know what to do.”

Within hours, the Iranian chess federation had asked her to publish a statement supporting the compulsory hijab. Bayat, who had never wanted to wear the headscarf, refused to do so unless the federation gave her a letter guaranteeing that she would be safe on her return to Iran.

“Then they said it’s not possible. So I thought: I can’t come back to Iran because it’s so dangerous,” she said, adding: “I was fed up with all these things and exhausted. I thought it was best just to be myself. I never believed in hijab — I was just wearing it because I had to. But at that point it made no difference to wear it, so I just took it off.”

Her husband — who works in the construction industry — and her family were terrified about what would happen to her. She, in turn, feared for their safety.

It seemed there was only one option. She had a UK visa for a chess championship in Gibraltar so, taking her only suitcase, she got on a plane. In London she found a community of British chess players who have taken her under their wing, helping her to find accommodation.

“I am really inspired by the amount of support I received. People all around the world helped me. People I didn’t know at all,” she said. “British chess players are so friendly. I didn’t know how nice people were until this happened.”

For now, her future is unclear. She cannot return to Iran. But neither is her future in the UK assured. “I don’t know what I’ll do,” she said. 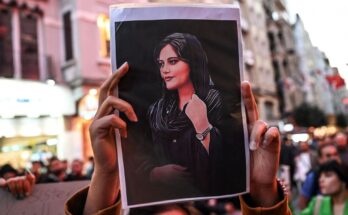