Recently in Tehran, at a peaceful gathering of all those protesting against the Khomeiniist Regime’s rampant violation of human rights, and demanding the unconditional release of all political prisoners in Iran, a lady bravely took off her head scarf and spoke out against the brutality of the Mullah rule, but also contended that Iran had been well on its way to a bright and modern future. She says:

Woman in pink coat w/hoodie: “They (Khomeiniist regime authorities) themselves are the actual (drug) smuggler; our children are not the smugglers! Anyhow, if a person grows up to be a thief or smuggler, it is in this country that they are raised. We are all children of the Shah’s era. I was at an Showkat-Malek Jahanbani school from age 4. Why do they kidnap Ms. Farrokhroo Parsa stuffed in sack and kidnapped? Why should they stone her?

Male voice: “Praises be upon you!”

She goes on: “Why do they kill intelligent and valuable people? Why do they kill members of the Jahanbani family? What is the reason? We grew up going to a coed school. We lived in this neighborhood for 40, 50 years. I used to employ a Philippina housekeeper whom I used to pay well. Now, they stuff me in prison with smugglers, thieves and murderers? In prison, forty of the women had murdered their husbands and children. What is the reason for this? I was unable to keep teaching but I have passed out thousands of books and cd’s for people’s education. I have had heart surgery in Tehran’s Cardiology hospital. I have had 3 open valves and I take numerous medications. I myself was a nurse and I have been a visiting nurse to many patients.

Mohammad Nourizad (Iranian activist): “Please Ma’am let’s go. I plead with you (fearing she would be arrested). For your own calm and your friends calm.”

She goes on: “Next week our political prisoners must be released. There is no reason…they (Khomeiniist regime officials) are the ones who should be in prison. All prisoners must be freed. By next week, this should be their own cemetery. My husband read an ancient text many years ago, that predicts that they (Khomeiniist officials) will be hanging from every lamp post on Pahlavi Avenue. All our youth are fed up and defy (this regime). Don’t be afraid of anything; be sure of yourselves. You die once, and you grieve once; we all die a hundred times a day and at this rate, we all might as well die right now. And my name is Shams Attapour and I don’t fear any of these filthy fiends and devils.

Mohammad Mostafaei, Attorney at law and Human rights activist who fled Iran in 2011 and now resides in Norway is exposing one more step to tighten operation by more laws in Iran:

Some of the members of the so called Iranian parliament (Majlis-e-shora Islami) have recently proposed a dangerous bill to the parliament by which formation, membership and publicizing of any type of group which does not serve the interests of the Islamic Republic is considered a crime.

According to national and international laws, every person has the right to freedom of expression and thought.

Article one of this bill provides:

“To protect people from brainwash, inclination to misbelief, ideological induction to change meanings, deceptive seduction, establishing fear and intriguing believes, and further to prevent misuse of people, sects, and pervert ideas, the law of prohibiting formation, membership and publicizing sects, financial and spiritual supports of them is sanctioned”.

This law is totally against the freedom of thoughts which is recognized and protected by international laws that states every person should be able to express his/her thoughts.  The constitution of Iran has also recognized the right to freedom of thought and expression.

According to this law, the perpetrators of this crime are deemed to be punished to execution or long term imprison.

Article two of this bill states:

“It is a crime if anybody with any type of belief in a form of sect, association, group, school of thought, movement, population, institution, organization and like it establishes a sect (enunciation, announcement, etc.…) administrates and receives members with the aim of brainwashing, and creating fear and confusion among religious believers. If the aforementioned groups are directed by enemies to disrupt the country’s security and if their acts damages religious beliefs in a way that is not counted war against God (Moharebeh), the perpetrator (leader, supporters) is convicted with the fifth grade punishment”.If this bill is turned into a law, fundamental freedoms of people are denied and nobody will have the right to form a group, party or organization as they will be easily charged with brainwash and subsequently convicted to grave punishments. This bill not only is against the rights of religious and ethnic groups such as Bahai, and Gonabadi Daravish in Iran, but also breaches the principles of Iran’s constitution. 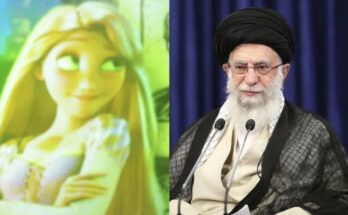