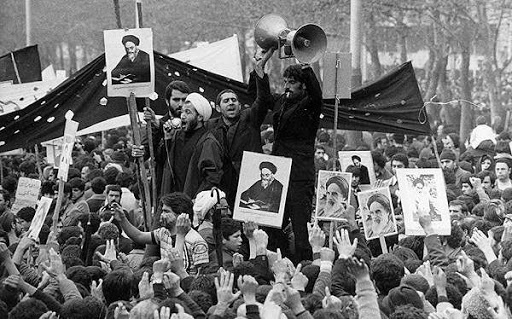 It has become the fact in American political talking points, even Mr. Trump insists that what is going on in the Middle East today is the result of the President Bush’s 2003 policy in Iraq that opened the doors to chaos and the creation of ISIS.

No one, however, is going back to search for the root causes of the events in today’s complicated and problematic Middle East. The facts are, notwithstanding the forever continuing Palestinian/Israeli war, that the Middle East was kept relatively peaceful and political Islam and its terrorism was kept under control in a secular Iran until 1979.

It was President Jimmy Carter and the Western European leaders, with the total support of the Western media and socialist elites as the likes of Michel Foucault and Noam Chomsky, who decided to support the radical Shi’a Ayatollah Khomeini in taking over peaceful modernity-seeking Iran and establishing political Islam. Unfortunately, the same people are still supporting Islamic clerical imperialism as their child.

The sequence of pugnacious events in the Middle East since the advent of political Islamic domination of Iran in 1979 is evidence that many Middle Eastern problems are related to the ideological policies of the Islamic imperialist regime in Iran. It is the mullah’s goal to establish the Islamic kalifate through interference, intrusions, and promotion of terrorism in the internal affairs of the neighboring countries.

On October 21, 2011, Secretary of State Hillary Clinton said: “You can’t keep snakes in your backyard and expect them only to bite your neighbors. Eventually those snakes are going to turn on whoever has them in the backyard.” In this case, the snake that was established to bite only Iran has been biting the whole world.

Khomeini considered Iran a platform and a financial source for launching his expansion of the Islamic kalifate throughout the world, beginning in the Middle East. I was there and heard his terrifying speech every day.

He established an Islamic military made up of thugs and hoodlums called the Islamic Revolutionary Guards Corps — not to defend the country but to protect, guarantee, and expand Political Islam in Iran and abroad.

Khomeini began by announcing a war against Israel as soon as he took control of Iran; calling it a “Zionist entity” and surrounded it by financing and arming the Palestinians, Hamas, and Hizb’allah in Lebanon.

He encouraged and financed Hizb’allah’s terrorism to destabilize the Lebanese Christian government and take the control of Lebanon.

He instigated eight years of brutal and bloody war with Saddam Hussein to remove Sunni power over the Shi’a population of Iraq. Khomeini’s successor Khamenei selected the Iraqi Shi’a mullah Moqtada al Sadr to establish a Shi’a movement against Saddam Hussein, financed and armed by the Iranian regime.

By 2003, the Revolutionary Guards had infiltrated the Shi’a community of Iraq through Moqtada al Sadr, the anti-American rabble-rouser puppet of Iran whose goal was to remove the Sunnis from military and government positions.

The Bush Administration was able to successfully arbitrate a reconciliation between the Sunnis and the Shi’as, bringing them together and under control.

When the United States military evacuated Iraq in 2011, the Ayatollah Khamenei took the opportunity to expand his domination of Iraq by becoming the sole adviser of President Nouri al Maliki. Khamenei flooded Iraq with IRGC solders, assassins, and spies to keep the Sunnis out of power. With the Iranian regime behind them, the majority Shi’a took the control of the Iraqi government and military and established not only an embassy in Baghdad and three consulates-general in the cities of Sulaimaniya, Arbil, and Karbala, that provide them with a foothold in Iraq.

U.S. State Department 2012 reports maintain that Iran remains an active state sponsor of terrorism and increased its terrorist-related activity in 2011. “Weapons are smuggled into Iraq and used to arm Iran’s allies among the Shiite militias, including those of the anti-American cleric Muqtada al-Sadr and his Mahdi army.”

The Sunnis of Iraq were forcefully isolated and, in the absence of the American military, created a disgruntled angry Sunni population, that, joined by the defeated Al Qaida, became ISIS.

Former American ambassador to the United Nation Zalmay Khalilzad writes in his book The Envoy: “With money and bombs, Tehran’s Shia Muslim regime was fueling frictions between Iraq’s Shia majority and its Sunni minority, pushing the country into civil war”. Mr. Khalilzad writes that it was a “tragedy” that President Obama withdrew all the American Military from Iraq. “That move paved the way for the terrorists”.

At the same time, Khamenei’s IRGC was also interfering in the internal affairs of Syria, widening the division between the Alawites and Sunnis. By financing one side against the other and supporting Bashar Assad’s rule, they caused the internal war against the majority of the Syrian citizens who wanted sovereignty and democracy.

While the children of Iran are living in hunger and poverty, Khamenei has been financing and arming Hamas, Hizb’allah, Moslem terrorism in poor African countries, and interfering in the internal affairs of Yemen, not to mention influence buying in South American countries.

It is, by all documents and reports, Ayatollah Ali Khamenei and his Revolutionary Guards that have been instrumental in creating the current atmosphere of chaos throughout the Middle East. 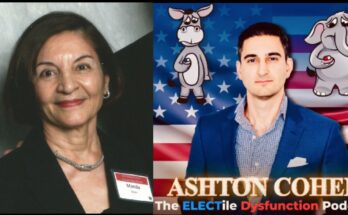