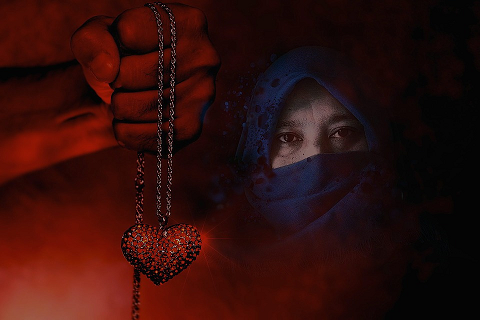 March is the International Women’s Month, when American women are celebrating their power in sex equality.  However, many Iranian female lawyers are in prisons of the Islamic regime and will not celebrate this month.  Iranian women were senators and parliamentarians before the Islamic regime was established and institutionalized sex apartheid.  Among countless discriminatory laws, many leading clerics continuously describe women as “animals” created by Allah for the pleasure of men.

A distinct majority of Iranian-Americans have been urging President Biden to stand by Iranian women.  There is no longer any disregarding or turning a blind eye to those flagrant and glaring transgressions that are daily committed by Tehran’s clerics against the Iranian people.

Since 1979, negotiations have only emboldened the ayatollahs and created more aggression against the United States and the Middle East, not to mention their daily blatant crimes against humanity.

One imprisoned woman asked a question that I forward to President Biden: “Isn’t it obvious that United States and the world will be safer and more peaceful with a democratic and friendly Iran?”

If the Western democracies seek a peaceful Middle East, safe from nuclear arms, terrorism, death, and destruction, and if they are against sex apartheid, they must stand with the women of Iran who strive for their liberation from the totalitarian political Islamist regime.  Allow the people of Iran to take their country back and live as a respected member of the international community.

Forty-two years isolation of a peaceful, progressive people under poverty, child abuse, and sex apartheid should come to an end, and only the United States can be an effective wellspring for this much needed development in our world.  With a million Iranian-Americans as a bridge of friendship and cooperation urging to end the problem of the Middle East and nuclear bomb by standing up for Iranian people’s God-given human dignity and respect.

On this day of March 8, 2021, we ask the Western democracies to consider the benefits of having a friendly Iran, also run by her independent women.  If in the 1980s, democratic governments around the world stood against racial apartheid in South Africa, why not stand against the sex apartheid in Iran in 2021?