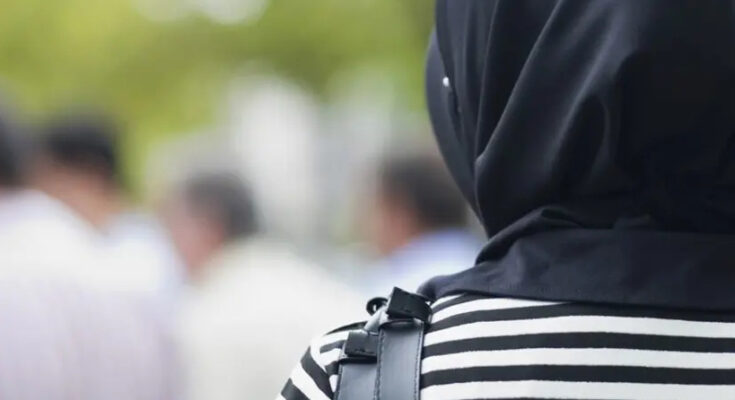 Iran arrested and beat Maryam Shariatmadari in 2018 for removing her headscarf.

Turkey’s Islamic government arrested on Monday the prominent Iranian feminist and anti-hijab activist Maryam Shariatmadari and plans to deport her to Iran where she may face the death penalty.

The fate of Shariatmadari electrified the Twitterverse, prompting Iranian-Americans to protest against her deportation.

“Maryam Shariatmadari is a leading Iran activist who courageously defied forced hejab laws. For her civil disobedience, she was thrown to the ground & into the dungeon. She fled to Turkey but now Erdogan has arrested her &wants to deport her back–she could well be executed,” tweeted the Iranian-American public intellectual Mariam Memarsadeghi.

In 2018, the Iranian authorities arrested  Shariatmadari, the then-32-year-old computer science student at Amir Kabir University in Tehran, for her role in a protest against the forced Hijab. A police officer pushed her off a utility platform from which she was waving her Hijab in defiance of the Iranian regime’s gender apartheid system.

The National Union for Democracy in Iran (NUFDI), a non-partisan NGO of Iranian-Americans, tweeted: “Iranian women’s rights activist & political refugee Maryam Shariatmadari has been detained by Turkish authorities and is facing deportation to Iran where she will be imprisoned and possibly tortured and executed.”

Iranian women’s rights activist & political refugee #MaryamShariatmadari has been detained by Turkish authorities and is facing deportation to #Iran where she will be imprisoned and possibly tortured and executed.@Refugees, @UNHCRTurkey save her life!#مریم_شریعتمداری pic.twitter.com/nsTvveV3iV

Embedded in the NUFDI tweet is a video of Shariatmadari who says  “This is without cause…they chose a few people for deportation.”

After a two day detention in 2018, she was released and eventually fled to Turkey. The US government news outlet Voice of America reported at the time a sister of Shariatmadari “sent audio message in which she said her sibling and their mother had been beaten by unknown individuals who detained  the southern Tehran district of Shahr Rey.”

The Center for Human Rights in Iran reported in 2018 that a Tehran criminal court sentenced Shariatmadari to a year in prison for her protest, convicting “encouraging corruption by removing her hijab.”

The Iranian-American named Rastakhiz on Twitter wrote  “Iranian women rights activist #MaryamShariatmadari is in danger of deportation to Iran from Turkey where she sought asylum 2 years ago. She is one of the courageous “girls of Revolution street” who publicly defied compulsory veiling. Her deportation can put her life in danger.