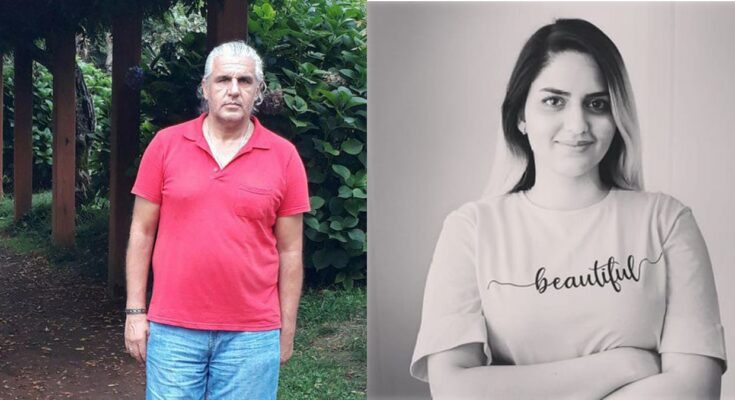 Niloofar Gholami, an Iranian journalist and activist, fled Iran in 2015; since then, she has been living in Turkey.  Now, her father, Nasser Gholami, is being pressured and harassed by agents of the Ministry of Intelligence to contact his daughter.

Nasser Gholami, a labor activist and former secretary of the Tehran and Suburbs Bus Syndicate, returned to Iran after spending five and a half years in Turkey waiting to seek asylum in the West. As a result of the long time he spent waiting for the United Nations asylum offices to process his case, and due to psychological trauma, he left Turkey and returned to Iran. Niloofar Gholami says her father was “summoned shortly after his return and the summonses continue. According to Ms. Gholami, Ministry of Intelligence agents also hacked her mother’s Telegram account.

“They showed a picture of me during an interview on Voice of America (VOA) and threatened my father that he must either cooperate with them and contact me or go to prison,” the journalist and political activist said. She pointed out that her activities and interviews are the main reasons for her father being summoned and added: “They told him: ‘We know where your daughter is and what she is doing, and we are aware of her [group’s] secret meetings.”

Earlier this month, reports were published that exposed Tehran’s shocking efforts to target its opponents abroad. A plot to kidnap an Iranian journalist, Masih Alinejad, from her home in Brooklyn, New York has circulated the international media, showing to what lengths the Islamic regime goes to in trying to silence the opposition.