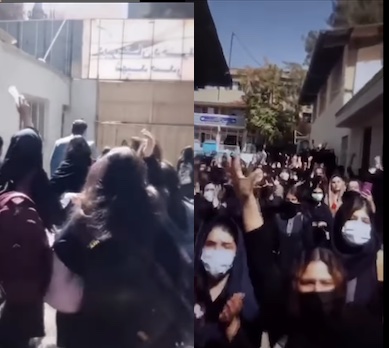 Video has emerged of angry female students, some of them with their hair uncovered, allegedly confronting an Iranian Education Ministry official and forcing him out of their school in the city of Karaj, west of Tehran. Dozens have been killed since nationwide demonstrations began following the death of a 22-year-old woman in custody on September 16. Mahsa Amini was detained by the country’s morality police, who said she was not wearing her headscarf, or hijab, properly.