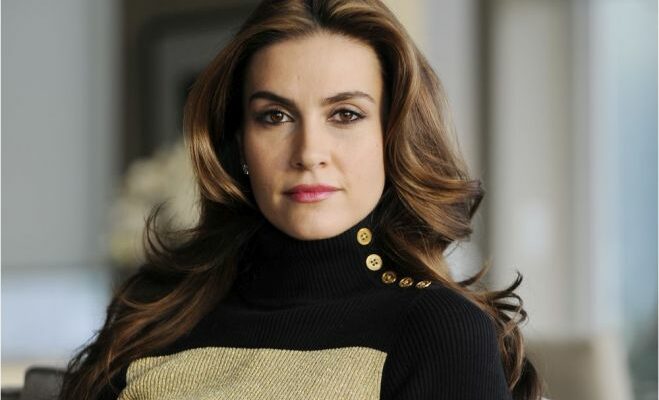 Outspoken human rights activist Nazanin Afshin-Jam doesn’t fit the stereotype of political wife and that could provide some interesting moments as her husband, Peter MacKay, campaigns for the leadership of the federal Conservative party.

From supporting teenager Greta Thunberg’s climate change leadership to the right of women to choose what to wear (or not wear) to a December letter to Japanese Prime Minister Shinzo Abe urging him not to meet with Iran’s President Hassan Rouhani, Afshin-Jam’s views, posted on social media, may rankle some on the party’s right wing.

Earlier this week — and a day before the former justice minister announced his intention to run on Twitter — Afshin-Jam tweeted a “correction” to Prime Minister Justin Trudeau regarding his comments about Iran shooting down the Ukrainian Airlines flight, killing 176 people including 57 Canadians.

“Without the regime, there would not have been any ‘tensions’ &176 innocent people would have been alive today + ‘home with their families’. Isn’t it time for CAN and Eur to recognize this terrorist regime for what it is +end the appeasement policy?” she wrote.

Correction PM @JustinTrudeau
Without the regime there would not have been any“tensions” &176 innocent people would have been alive today + “home with their families”. Isn’t it time for CAN and Eur to recognize this terrorist regime for what it is +end the appeasement policy?

In an interview published the same day in the Halifax Chronicle Herald, Afshin-Jam said she was furious about what had happened.

“Once again the incompetent, negligent and corrupt regime was responsible for the loss of innocent lives,” she was quoted as saying. “The country has been in a constant state of mourning over the last 40 years since the Islamic Revolution. Death upon death, one tragedy after another.”

She has also been actively helping raise money for the families of Canadians who died on the Ukrainian Airlines flight.

Long before the assassination of Gen. Qasem Soleimani set in motion events that led to the airline disaster, Afshin-Jam was posting about the need for Western governments to support the protesters who flooded Tehran in late 2019 and were brutally dispersed.

Born in Tehran eight weeks after the 1979 Islamic Revolution that toppled the shah, Afshin-Jam’s father was manager of Tehran’s Sheraton Hotel. On the pretext that alcohol was served and music played at the hotel, he was jailed and beaten, eventually fleeing to Spain in 1981 after his release. There, his wife and children joined him on a path to Canada taken by many other Iranian exiles.

When she was eight, Afshin-Jam first saw the scars on her father’s back. It fuelled her ambition to make human rights her life’s work.

She prepared herself well. She speaks four languages and has a master’s degree in international relations and political science. She served as a Royal Canadian Air cadet and became a licensed pilot. And Afshin-Jam worked as a Red Cross global educator after graduating with her undergraduate degree from the University of B.C.

But it was a beauty pageant that launched her life as an activist, singer and writer.

Her speech about human rights at the contest plus her name attracted the attention of a French human rights activist who urged one Nazanin to help focus world attention on another — Nazanin Fatehi. She was a 17-year-old Iranian girl sentenced to death for murdering one of three men who tried to rape her.

Afshin-Jam’s efforts on behalf of the other Nazanin and children like her led to the co-founding of Stop Child Executions and Fatehi’s release in 2007.

During her campaign to end child executions, Afshin-Jam met MacKay, who was then foreign affairs minister. They married in January 2012 and six months later, Afshin-Jam set off a media storm while promoting her book, The Tale of Two Nazanins.

It wasn’t because of the book. It was for expressing her personal view that the federal government ought to demand the immediate return of Omar Khadr, the Canadian-born child soldier who had been detained at Guantanamo Bay since 2002.

She subsequently slammed the coverage for referring to her as “the defence minister’s wife,” insisting that she is a person in her own right.

It is rare for Canadian political spouses to be seen or heard in roles other than helpmate or parent. A rare exception was lawyer Maureen McTeer. She became a lightning rod for criticism in 1976 for not using Progressive Conservative prime minister Joe Clark’s surname. Clark’s opponents used it as another example of her husband’s inability to lead.

This is 2020, and we’re about to find out whether things really have changed.