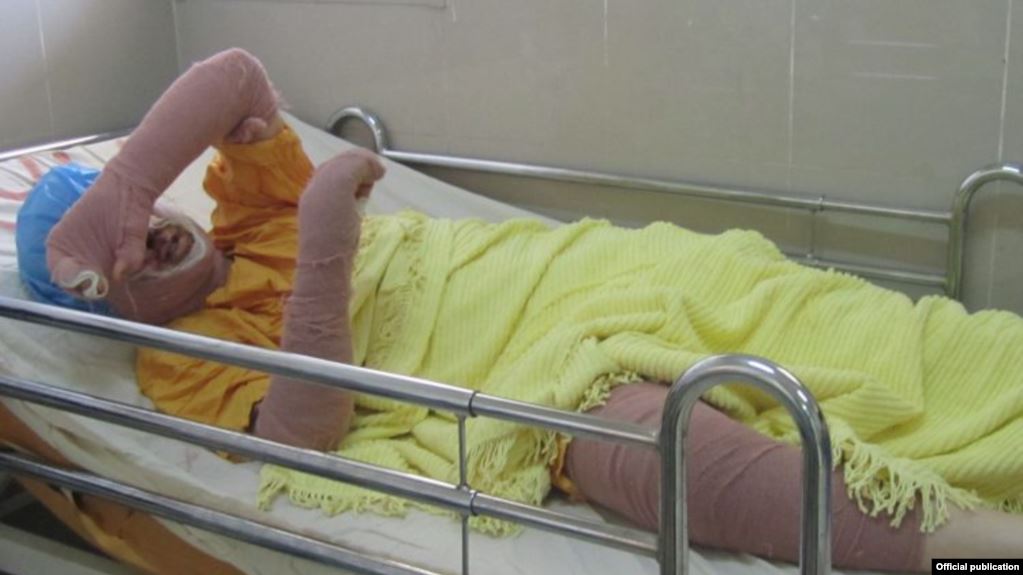 A young woman who had set herself on fire to protest her possible indictment for trying to enter a sports stadium in Iran has died in hospital.

The 29-year old Sahar Khodayari was arrested in March trying to attend a men’s football (soccer) match in Tehran. Women are not allowed in Iran to watch men’s sports competitions in arenas.

She was later released from detention but when she went to the prosecutor’s office September 1 to get her mobile phone back, she was told the case is not over and she might still go to prison. At that point she poured gasoline on herself and set it on fire, receiving burns “on 90 percent of her body” according to hospital officials. She was under life support ever since.

Her case led to an outcry on social media and even protests by some Islamic Republic politicians, sports personalities and Iranian journalists.

Ali Karimi, a long-time star player of Iran’s national football team has called on a boycott of all sports stadiums in the country.

Reformist lawmaker Parvaneh Salahshouri wrote in a tweet: “Where men determine women’s fate and deprive them of their basic human rights, and there are women who help men in their tyranny, all of us are responsible for detaining and burning girls like this in the country.”

Tehran-based Journalist Akbar Montajabi wrote that the fact that a girl full of energy committed suicide is a sign that there is something wrong with the Iranian society.

Another Iranian journalist, Saeide Eslamie wrote: “The Islamic Republic shows a new face everyday. Burying the Blue Girl in her loneliness without the knowledge of her family?, Mr. Islamic Republic, You will be tangled and strangulated one day in this cluster of ropes you have made.”

Over the weekend, several Iranian football stars expressed sympathy and support for Sara, as she was named in social media posts. She was also dubbed “The Blue Girl” for the color of her favorite football team.

The captain of the Iranian national soccer team, Masoud Shojaei wrote on his Instagram, “As we are shocked by old limitations set for women, the future generations will be astonished to [find out] that women were banned from entering sports arenas in our time”. Captain Shojaei has more than 400,000 followers on his Instagram accounts.

Shojaei added, “The origin of such limitations is the rotten and disgusting thinking of the past, and will be incomprehensible for the next generation.”

Iran is the only country in the world that bans women from sports stadiums. The unwritten law has been supported by religious conservatives and political hardliners in Iran since 1980, a year after the downfall of the pro-West monarch, Shah Mohammad Reza Pahlavi and the establishment of the Islamic Republic.

In recent years “reformist” politicians in Iran have been demanding a change in policy, but conservatives who dominate security forces and the courts have fiercely resisted.

Banning women from watching live soccer matches is against regulations set by the International Football Federation FIFA, which outlaw any sort of discrimination.

FIFA has given the Islamic Republic until October to pave the way for women to freely enter sports arenas and watch men’s live soccer matches. Otherwise, Iran could face removal from all international soccer events.